However, there are various downsides to desexing that are rarely mentioned, and the case is nowhere near that simple.

This page is designed to give you some more information that you rarely hear elsewhere, so you can make an informed choice (and perhaps save some money and improve your dog’s welfare at the same time!) about whether to desex or not.

Firstly, there is a big difference between getting females spayed or males castrated. Obviously, spaying females prevents unwanted pups. So unless you are going to keep a close eye on your bitch, and know when she comes on heat, and keep her securely confined for 3-4 weeks while she is on heat, then you probably should neuter her. And don’t have one litter first just for the sake of it – there are enough pups around without adding to them for no reason.

For males, the case for castration is far less compelling. Unwanted pups are not an issue, so the decision to desex or not is much less clear cut.

If you are desexing for behavioural reasons – you hope it will cure aggression, or make your dog easier to control, and so on, don’t bother. In over 30 years of seeing people do this exact thing – desex to try to problem solve – I am yet to see it work. And recently a study came out confirming my experience.

Here is a quick summary (taken from the summary itself) if you don’t want to read the whole study:

“The results of the study suggest that spayed female dogs tend to be more aggressive toward their owners and to strangers than intact females, but that these effects of spaying on behavior appear to be highly breed-specific.

Contrary to popular belief, the study found little evidence that castration was an effective treatment for aggressive behavior in male dogs, and may exacerbate other behavioral problems.

Further research will be needed to clarify the relationship between age of spaying/neutering and these apparent effects on behavior.”

So, if you’re desexing for behavioural reasons then it is unlikely to help anything, and will possibly makes things worse.

The next thing to consider is the health implications. While desexing can lower or eliminate certain health concerns (such as eliminating testicular cancer in males or uterine cancer in females) studies have shown an increase in various other health problems in desexed dogs. Noticeable INCREASES in various other forms of cancer, urinary incontinence, dementia, and even crutiate ligament injuries have been noted.

For example, here is a summary of one review of the scientific literature:

Note again the mention of INCREASED reactivity or aggression in some breeds. And that, overall, intact female dogs may live longer than spayed female dogs.

So it is not as simple as saying that “desexing is the responsible thing to do”. Desexing has downsides, which can vary from breed to breed, and these must be weighed up by the owner before deciding which way is best in their particular situation. 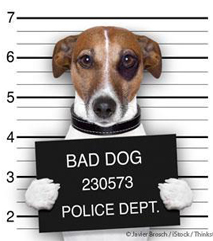 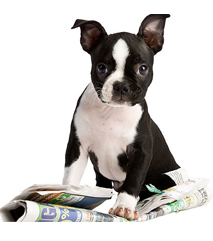 Obedience and
other training